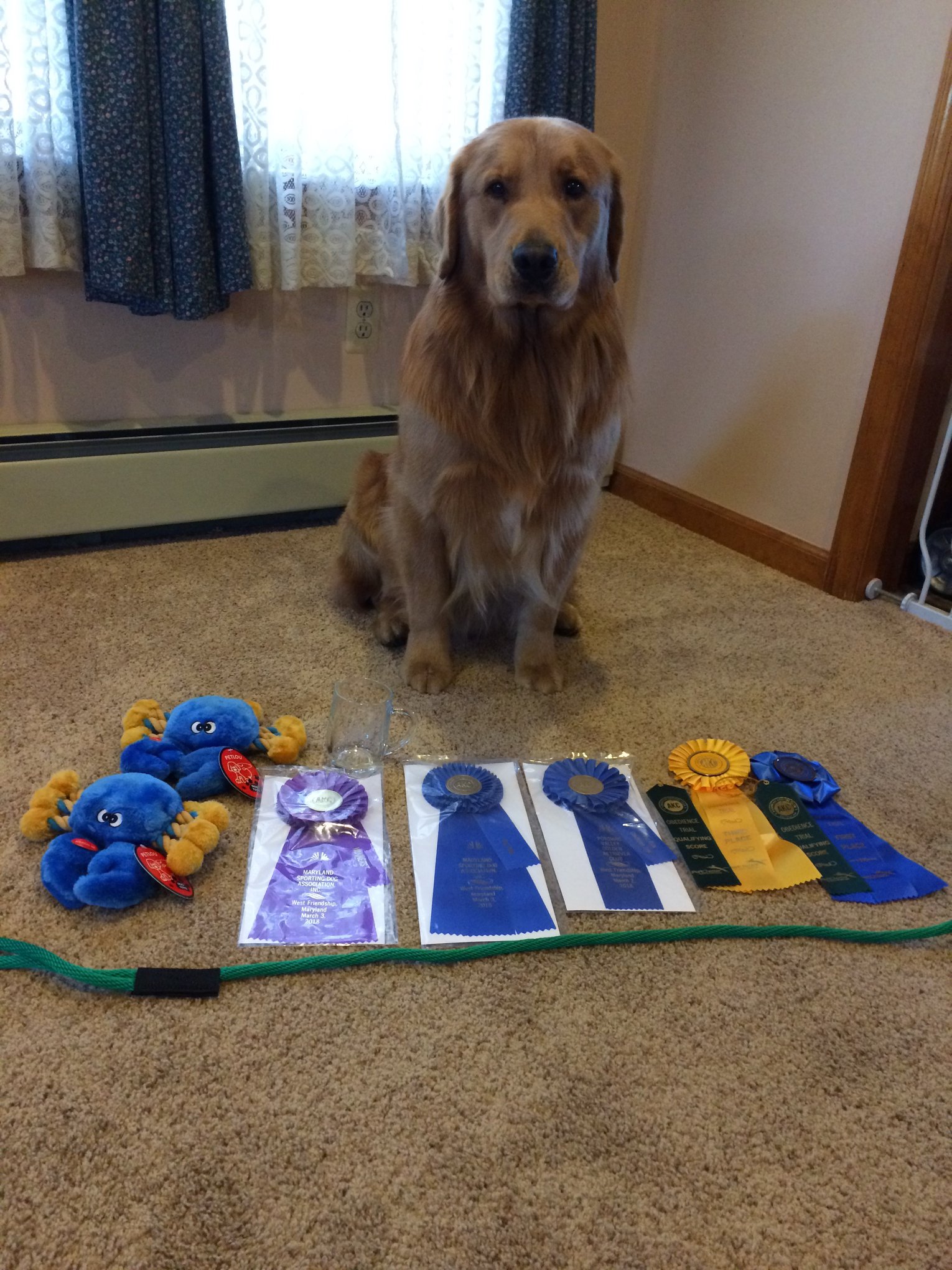 “Flasher” had an eventful and tiring weekend. We traveled down to Maryland for the Potomac Valley GRC Specialty. On Friday he made his debut in Open A and despite a big bobble he got his first leg and a first place. On Saturday he blew right thru my drop signal so no Q. We came back home for a more local trial At Port Chester OTC on Sunday. He again had some bobbles in Open A and this time earned his second leg with a third place finish. He was better in Preferred Open but had an itch on the heeling pattern and lost a ton of points there but managed to get a leg and first place ribbon.
We were entered in conformation Friday and Saturday also in Maryland. On Friday we got no love at all and did not even place in a six dog Open class. On Saturday we did a little better. He won a three dog Open class. And if you look REAL close the rosette next to the crabs is not blue but PURPLE! He went WD for what I think ended up a 3 point major. It was a 4 point major with 4 dogs to spare but I believe there were 5 absent. Not a big deal as I am just thrilled to have won a major. I must admit the placements throughout Saturday were very interesting as the judge was Gordon William Hayburn who knew no one in the ring. He is an Australian from Canada. Lots of us owner handler nobodies had a very good day. 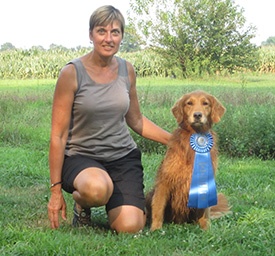 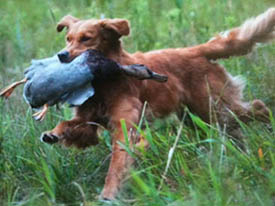 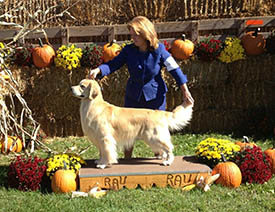 Gold Loves Spirit of the West

Owned by Jackie Wagner and April and Rick Derr 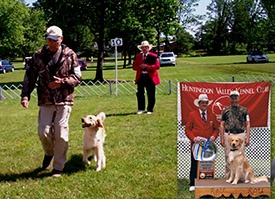 Brooke had her official coming out party in Obedience the first weekend in June at the shows in Wrightstown, PA. She had made an early appearance at the GRCA National Specialty last September. She went 3 for 3 with three first places. She finished her Companion Dog (CD) title in style under judge Michael Mooney by winning our first ever High In Trial. Handler: Hank Hahn 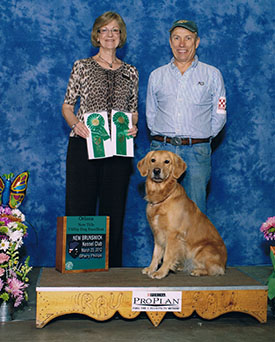 Oriana finished her Utility Dog Excellent (UDX) title in March at the New Brunswick Kennel Club Shows in Edison, NJ. She had one leg from last year and then went 9 out of 12 this winter with multiple placements and even a High Combined award. Handler: Hank Hahn